We got up and took a small commuter train for a short trip to Haarlem, a gorgeous little city outsde Amsterdam.   We arrived early on a cold morning, so there were not too many people out.  We headed down to Market Square (Grote Markt), the beautiful center of town.  Along with Bruges and Amsterdam, this is another spacious, beautiful city square. 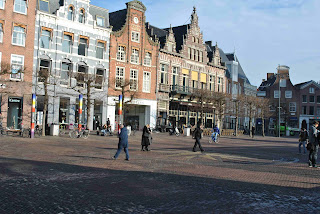 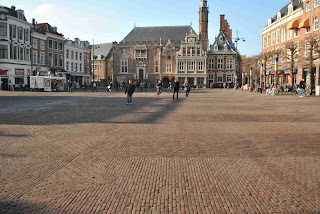 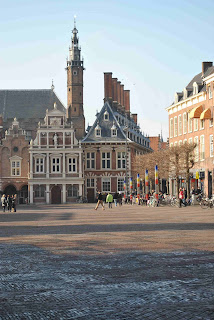 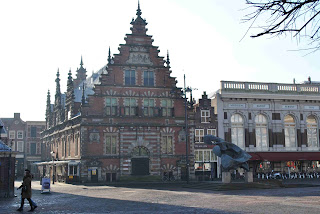 The centerpiece the cathedral, St. Bavo's (Grote Kerk), another Gothic church that is huge and impressive.  Unlike others, however, its interior is bathed in white (the result of Protestant reformers who painted over the colorful frescoes), which creates beautiful pictures.  The altar is huge and separated from onlookers and the organ is the most beautiful we have seen and evidently impressed both Handel and Mozart.  There is a Foucault's pendulum (which was not operating) and a curious little chapel, the Dog-Whipper's Chapel, where an attendant had to shoo dogs away from the church.  The wealthy, fearing  for their immortal souls, bought space under the church floor for graves which were then adorned with sometimes elaborate stones.  As the bodies rotted, the pungent odor supposedly led the less wealthy to refer to these neighbors as the "stinking rich." 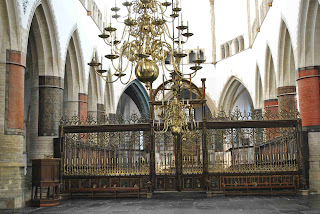 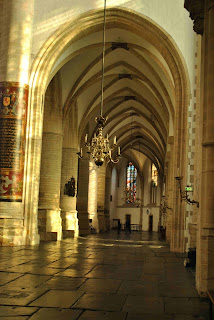 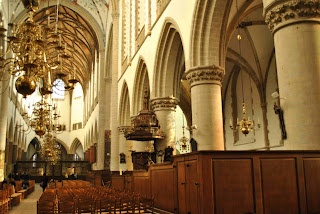 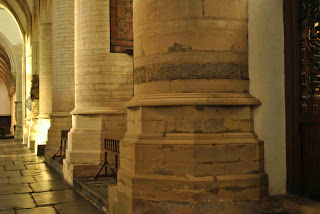 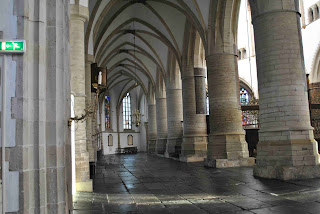 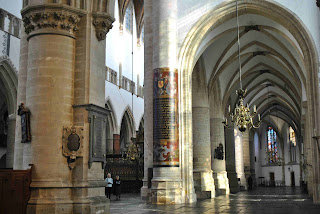 After our tour we headed over to a nearby restaurant for a wonderful lunch.  In a survey a few years ago, researchers discovered that the Dutch were the most content people in Europe and Haarlemites the most contented in the Netherlands.  I said to our waiter that this was one beautiful town; he laughed and said, "Yeah, and old."  Everyone, I mean literally everyone, speaks English, and he told me that is common; most Dutch speak four languages, in addition to their own and English, they are usually fluent in French and German.  And then there are Americans. . .
We wandered around taking in the sights and then made our way to the Franz Hals museum, the painter who lived in Haarlem and is considered, along with Rembrandt and Vermeer, one of the Dutch masters.  The museum is under a good deal of reconstruction, so the display was limited, but we still saw some  wonderful paintings.  Hals is definitely worth investigating.  No pics, however. 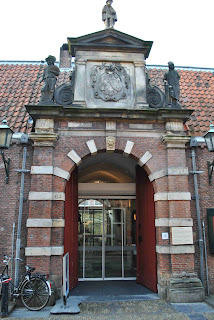 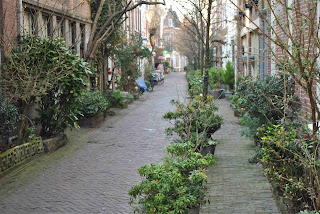 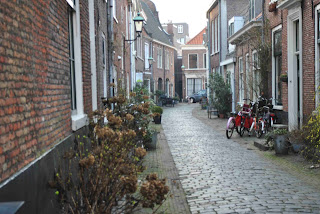 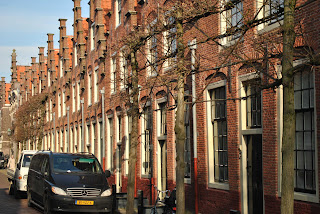 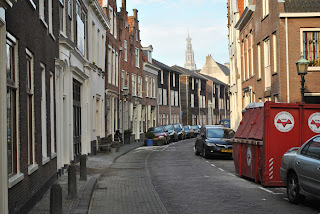 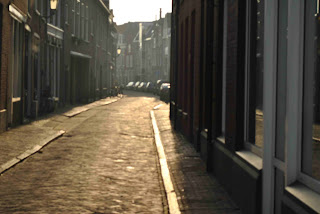